PE refers to “Patriarchal Era”, beginning with human history at the creation of Adam and Eve. The term “PE” was created specifically for 52bible.com, but could easily be used elsewhere.

Most of what we know about anything to do with angels comes from the Book of Enoch (AKA 1 Enoch). While this book is not a “false writing” (pseudoepigrapha) it is not in the Bible either. So, the timeline tries to use as little historical context from 1 Enoch as possible, sticking mainly to the Bible. Historical context is also used in the stories during Jewish captivity in Babylon, so bringing historical context is not unique to the background of the mess the fallen angels made on Earth before God flooded the whole earth to fix their problem.

There is a strong list of arguments from customs, culture, practices, life-spans, measurement of wealth, et cetera, that places Job from 2350–1750 BC. The argument at 52bible.com augments these with some “epic-level” arguments, and mainly the Biblical theology of Job placed in a sequence of theological progressive revelation in the Bible.
– Abraham seems to know more about God than Job.
– Job seems to understand 1 Enoch’s working definition of a “righteous man”—being fair with everyone, God included.
– A “righteous man” who is sinful, yet still “does rightly”, had not been demonstrated prior to Abraham. So, Genesis 15:6 about Abraham’s “righteousness by faith” would only make sense if it builds on Abraham’s understanding of Job’s righteousness.
– Without Job, Enoch and Noah would be the only knowledge Abraham would have of God. Yet, Abraham lives as if he has learned lessons from Job. It seems that Job was a significant part of “Abraham’s Bible”.
– There are other historical-epic events in Job, preferring early history—God talking from a tornado and giant animals that seem like dinosaurs.

So, it makes the most sense to place Job as early as possible, before Abraham. Of course, with the life-span being longer, they could have been contemporaries.

Babylonian kings had phonetically confusing names. When transliterated to different languages of the ancient times, they seem like different kings. Dr. John Walton is a strong authority on this for greater research. Is is enough to say that there were two kings named Artaxerxes. There were also two kings, both named Ahasureus and Xerxes (sometimes Kerkesh); the “ah” and “k” and “x” sounds were confusing to translation between the Israeli, Greek, and Babylonian languages. There were also two rulers in the Persian empire named Darius—Darius the Mede, during the latter times of Cyrus and early times of Cambyses (the first Ahasureus-Xerxes) and Darius the Great. Esther and Nehemiah interacted with the same Darius the Great. Daniel died before those times, meaning he dealt with Darius the Mede at the end of his life, in the Medo-Persian empire.

To avoid confusion, 52bible.com uses the least-confusing names as possible. While rulers had multiple names, the Bible uses the names most appropriate for their original audiences. There is no disagreement at all.

The Gospels (Matthew–John) are somewhat of a hodge-podge of stories. For example, Judas’ betrayal in Mt 26 is clearly a flashback to events while Jesus was at Bethany, just before his triumphal entry in Mt 21. The Gospels to not claim to be a historical chronology, but a collection of truthful memoirs. No writings from that time period claimed to have “exact words” from anyone. So, while Gospels may contain small discrepancies in Jesus actual words, these discrepancies are not disagreement. Jesus still teaches the same basic truths on the same basic topics. This is because the Gospels contain the “voice of Jesus” not the “words of Jesus”.

One key example is the Cleansing of the Temple. It is likely that Jesus only cleansed the Temple right after his triumphal entry. Firstly, only John tells the Temple cleansing early on, though John’s order of chronology is full of flashbacks and flashforwards. At that point in John’s Gospel, both Jesus and John the Baptist are seen as very “anti-establishment”; describing the Temple Cleansing early makes sense “topically”, to set the tone of John’s message later: Jesus was right to go against the established order because he is the Son of God.

Also, Jesus may not have had the clout necessary to get away with turning over tables without being arrested so early in his ministry. But, after entering Jerusalem on a donkey, being hailed as a king walking on coats and palm branches, he might have been able to burn the Temple to the ground and the Pharisees and Romans not been able to stop him. That show of strength to cleans the Temple and get away with it socially is another reason the leaders wanted Jesus killed—he was a direct threat to their religious power. But, the religious leaders could not get support of the government because Jesus was never against government leaders at any time. Jesus statement about “render to Caesar what is Caesar’s; render to God what is God’s” came just after his triumphal entry, in support of the government, and left the religious leaders utterly speechless. Jesus clearly supported Caesar’s and Pilate’s rule over Israel.

There would be no collaborated events to place a “first cleansing” specifically in conjunction with other events of his early ministry. While there was likely only one Temple Cleansing, it could have happened twice or more. No Gospel tells of the Temple Cleansing twice and 52bible.com shouldn’t either.

Sermon on the Mount and Expulsion from Nazareth

It was common practice throughout Acts to go to the Synagogue first with the Gospel message, where the preacher is then expelled. Technically, this was the first time the Gospel was preached in a Synagogue. If Jesus did not announce he was the Messiah before preaching on the Mount of Olives, then he was an exception to his own Gospel. But, it is more likely that the practice in Acts to preach the Gospel in the Synagogue first, then expect to be expelled, was based on a precedent set by Jesus himself.

The account of Lazarus—combining his story in John just before “Martha, Martha” of Lk 10 seems fitting. Early in the story of Lazarus, Mary sends a messenger to Jesus as a kind of letter to the school president, “Remember me from last semester that one day? I need a big favor.” She wouldn’t need to add that “remember me” part of the message if they were already so well acquainted as in the “Martha, Martha” story. It seems that Mary was on the floor while Martha was cooking just after Lazarus came back from the dead. They were probably feeding him. Just recently in Luke, 8:55, Jesus brought a ruler’s daughter back from the dead and more or less said, “Feed the girl.” In Lk 10, Martha doing “much serving”, the Jewish context of “first mention” implies food was a priority since yet another person had come back from the dead.

The casual introduction of “as they were on their way…” in Lk 10:38 certainly fits with a way Luke could have introduced the events at Martha’s house just after Lazarus came back. Luke was not an eye witness, he was an investigative journalist. So, he may not have even known the full context and “on their way…” could include Lazarus having just been brought back to life.

Then, there is the problem of the Pharisees. Chs 11 and 12 of Luke are more of Jesus’ teaching, which Mary had just been preoccupied with in the “Martha, Martha” story. Lk 13 and 14 has Jesus at synagogue with Pharisees. He was more or less “barked at” to get farther away from Jerusalem (Lk 13:31). Bethany, where Mary, Martha, and Lazarus lived, is close to Jerusalem, where Jesus waited just before his Triumphal entry. So, with Luke’s “investigative reporting” account, the “went on his way” of Lk 13:22 doesn’t separate events as much as it keeps “journalistic honesty” for what Luke heard about, but didn’t see himself. The Pharisees of Lk 13:10 and 13:31 could have been the same Pharisees of Lk 14, but that is likely, not certain. It is certain, however, that Jesus preached the parables of Lk 14-16 to the Pharisees of Lk 14, who had the resurrection of Lazarus on their minds.

Mary was despised by Simon the Pharisee and Simon’s friends probably despised Mary’s friends, including Lazarus. The “Place of Honor” (Lk 14:7) parable had implications for the “know-it-all” Pharisees as well—and they knew Jesus’ parables were about them just as much as Simon the Pharisee knew. Simon might even have been there since Mary was from Bethany.

All these parables about caring for the lost—the lost sheep, the lost coin, the lost son—directly confronted the Pharisees of Lk 14 who hated Jesus’ friends, Mary and Martha of Lk 10; everyone was just outside Jerusalem. The parable of the lost son (the Prodigal Son) ends with the statement “your brother was dead and is alive; he was lost and is found.” Anyone even close to Bethany would have dropped their jaws at that comment.

Two parables later, Jesus tells some story about some guy who happened to be named “Lazarus” who was dead and in the blessed presence of Abraham. This supposedly fictitious “Lazarus” talked to a rich man—which implies the rich people at the synagogue in the story, the Pharisees. This rich man was told, “If they won’t believe Moses and the Prophets, they won’t believe even if a man comes back from the dead.”—and the Pharisees didn’t believe Jesus, even though he had just brought a real man named Lazarus back from the dead. They knew Jesus was talking about them.

There is no way the Pharisees could have debated Jesus on his parable about Lazarus and Abraham in Sheol because, if they had, Jesus would have simply said, “Go ask Lazarus if it happened.” And, they all knew Lazarus would have likely said, “No, it didn’t happen like that. It happened again and again and again while I was dead with Abraham.”

The Lk 13 and 14 Sabbaths could be the same, but are at least close in time. We know that Jesus told all the Lk 14-16 parables in the same Synagogue on the same Sabbath, likely in or near Bethany. We know Jesus was in Bethany in Lk 10. Lk 11-13, at most, was in the vicinity; less than a week may have passed since Lazarus’ resurrection. Lk 14 may be only one or two Sabbaths after the story of Lazarus. Even if months after Lazarus, it might as well have been the same week since we know that Lazarus’ resurrection was the most recent “disruption” to the Pharisees’ power structure. So, it fits to place Lazarus’ story just before “Martha, Martha” and to view the Lazarus of Bethany and the Lazarus of the parable as the same person. 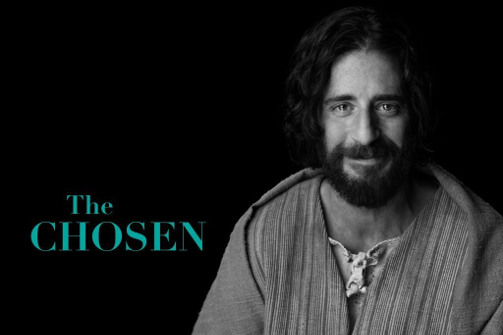 Podcast AdsSupport your business and favorite podcasts30 second ads with our podcast partners$30 USD for first ad, $20 to renew ContactbadAd.one